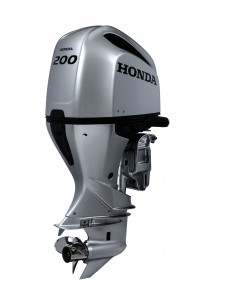 The outboard is equipped with a three-latch lock and seal system and two inverted grip points that make the cover easy to remove and carry—the first step in easy maintenance. To enhance performance and provide better protection from water intrusion, the new cowling incorporates a dual channel, indirect-air-circuit induction system improving airflow while helping funnel moisture away from the throttle body.

The undercase design has been streamlined to incorporate three pieces (instead of seven on the previous model), along with a heavy protective rubber edge at the base of the cowling, further protecting against outside elements and increasing durability.

NOW WITH DRIVE BY WIRE

The Drive By Wire engine control units offer binnacle-mounted throttle controls for as many as four engines, or side-flush mount for single engines. The mechanical control supports up to two engines and a single-helm location as well as a side-mount control box. The design of the components compliments their operation; the DBW throttle controls are sleek and modern, while the mechanical controls are tough and rugged.

The technology applied to the refreshed Honda BF200 V6 engine is derived from the very same technology that powers Honda automobiles such as the Honda Ridgeline, Honda Odyssey, and Honda Pilot, gaining from years of proven Honda engineering, precision manufacturing and reliability. This cross-platform integration of technology illustrates the Honda commitment to high performance, fuel efficiency and environmental excellence for its customers. Key technologies include:

● Boosted Low Speed Torque (BLAST™) System dramatically improves performance and acceleration by advancing ignition timing during ‘hammer down’ acceleration. The Engine Control Module (ECM) steps in to increase injector timing, creating a more potent air/fuel mixture. The resulting boost in available torque at low rpm contributes to a strong holeshot to get the boat up on plane quickly.

● Lean Burn Control automatically adjusts the air/fuel mixture according to speed and load while maximizing power throughout the acceleration range, increasing fuel efficiency in cruise mode (2,000 to 4,500 rpm).

The revamped Honda V6 engine also features a number of enhancements for improved reliability and ease of maintenance. Corrosion resistance is improved with a new coating on the surface of engine hardware that utilizes a chemically treated, zinc-nickel plating with a high corrosion-resistant top coat. In addition, components including the oil pan, thermostat cover, upper mount cover, and prop shaft holder use a higher corrosion-resistant material, resulting in a more durable engine and gear case. Finally, the number of anodes on each engine’s V bank has been increased from two to four And for more time on the water, routine maintenance time is reduced for activities such as oil and filter changes on the refreshed V6 outboard, courtesy of a larger diameter dipstick tube, the integration of a water separator and fuel strainer and relocation of the high-pressure filter (from the high-pressure pump) for easier access. For example, changing a high-pressure fuel filter on any of the new V6 motors now can take as little as five minutes as compared to the 60 minutes on existing models.

Tasmania Marine Centre are committed to providing quality products and personal, friendly and professional service.
Come and see us today or give us a call to discuss your boating requirements. 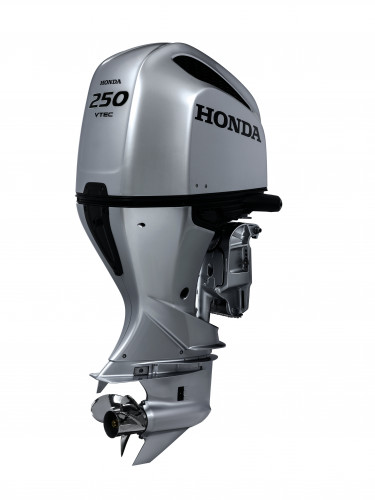 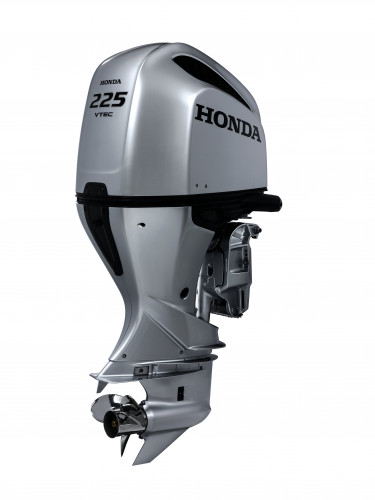 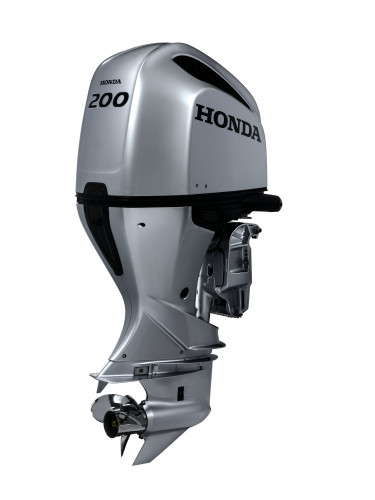